French (original title français, in IPA [fʁɑ̃'sɛ])is a language that belongs to the group of Indo-European family of Romance languages. It is spoken in France as the native language, in Canada, Belgium, Switzerland, on many islands of the Caribbean and the Indian Ocean, in Luxembourg and in the Principality of Monaco. Also, as well as English and German, it is one of the three working languages of the European Union. In Italy French is spoken in Valle d'Aosta region, where he has official status together with Italian. Nowadays French is the second most studied language in the world after English. Our native teachers with years of teaching experience use the interactive technique that provides rapid study of the French language. The lessons combine the study of grammar and syntax in practical classes of French.

DELF (Diplôme d’Etudes de Langue Française)is the first diploma in French as a foreign language of national and international significance. Our teachers are qualified in teaching French, they will help you to prepare seriously and dynamically for the DELF examination by performing oral and written exercises. 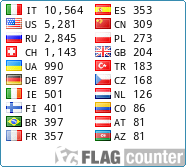